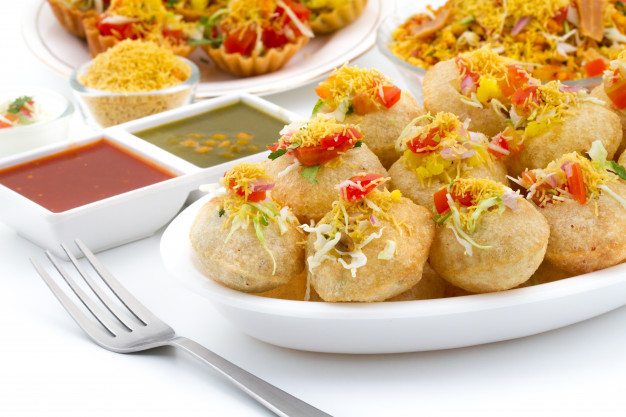 Pani puri is among the most popular forms of chaat available on the streets of most Indian cities. There are different names, different flavors, different ingredients given to pani puri, depending on which geography it traces its roots to. Here are some Bangalore’s most popular Pani Puri stalls.

Among the most popular pani puri stalls, Ramja's panipuri is clearly closer to the puchkas of Kolkata. The pani is perfectly tangy and the puris are crunchy. The potato stuffing has the right ratio of masalas. Even the sukha puri is well done.

Eleven years old, he has mastered the art of serving the most delicious pani puris day after day. The pani has a hint of coriander and fresh mint apart from the spices and will beg to be had on repeat.

It is best known for its Karnataka style chaat and pani puri in Vijayanagar. Started by Mr Manju and his wife, this cart has customers in all age groups, including families that have been enjoying chaat here since its initial stages. The menu is simple, like all other chaat carts – Pani Puri, Masala Puri, Sev Puri, Bhel Puri, Dahi Puri, etc – but what makes this cart different is the fact that the taste of the dishes served here is said to have hardly changed since the beginning.

Popular for its ‘White Pani’, it is located on the 3rd Block, Jayanagar Bangalore. White Pani, which seems to have its origins in Andhra Pradesh, serves as a substitute to the tamarind based Pani that usually accompanies the Puris on a regular Pani Puri plate. It is made out of de-seeded green chillies – which result in a tangy taste that is similar to the normal tamarind-flavoured pani.

Hope you liked this blog. If you are looking to take up any franchise, searching chef for your restaurant, want to setup new outlet then SelectDine is the right place for you. It's a one stop solution for all your restaurant needs. Call us or visit our website to know more.

Popular posts from this blog

January 21, 2020
Cleaning services are a dynamic, in-demand service that has grown consistently in the US. It includes commercial and residential cleaning along with specialty services like bio-hazardous materials removal, mobile car detailers, and dry cleaners. Be ready to sell. While many people use cleaning services, client turnover can be high (as high as 55% each year). Since a well-done job gets few kudos, a company is only as good as its last job. Which means the sales job never ends, and good quality counts. Consistently good service combined with diligent sales will contribute to revenue growth. Commercial office cleaning is the largest segment of the cleaning industry, employing 40% of all janitors and cleaners. And because residential cleaning services are more negatively impacted by an economic downturn, the jobs and companies that are focused on commercial work are more stable. People may choose to clean their own homes in tough financial times, but commercial spaces will nearly a
61 comments
Read more

August 01, 2019
Whether you are  starting a new restaurant  or planning to  take a franchise , part of what you have to do will be to come up with plans for the interiors (the complete guide on how to setup/start your restaurant can be viewed in  this article ). This includes electrical, water, lighting, kitchen, dining area, plans for the restaurant. If you are stuck with the nuances of what these plans are about, this article will clear your confusions. Generally, you will need these plans to setup a new restaurant: Electrical Plan: An electrical plan consists of technical drawings (shows information about power, plug point, wire setup etc.) made by an engineer for the workers to comprehend and install the electrical systems on the job. An electrical plan would look like this. Water Plan:  water plan highlights the piping and draining systems for the restaurant. Some plans also indicate cold and hot water supply in their plans. A water plan would look like this Lighting Plan: A
24 comments
Read more

Own Chai Sutta Bar in 15 lakhs

January 02, 2020
Chai Sutta Bar is a premium brand which is currently franchising in India. Chai Sutta Bar headquartered in Indore was established in 2016 and since then operates twenty-six outlets across India.Chai Sutta Bar has various types of outlets that you can open if you choose to invest, which includes both sit-down and quick service models. The brand additionally offers operating manuals, expert guidance from head office, billing systems, and on-field assistance for the franchisee. Offering a high profit margin at a low investment cost along with excellent support, you can own a Chai Sutta Bar in 15 lakhs, should you choose to invest. To know more about this brand’s investment details, visit our website to know more .
8 comments
Read more